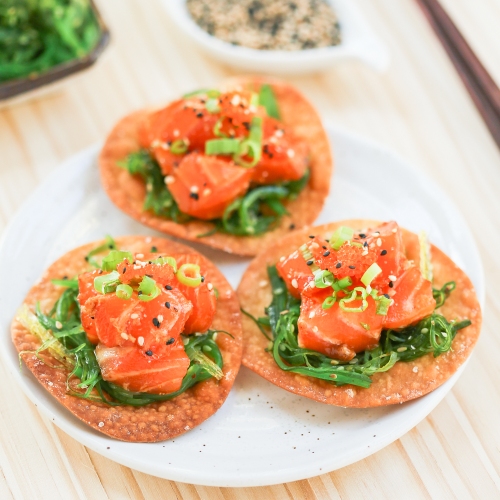 There’s something about fair food that brings out the gluttonous evil twin in people. Foods that we normally wouldn’t touch all of a sudden become strangely enticing (cronut ice cream sandwiches, anyone?), despite how fantastically bad they are for you. Out of all the naughty foods at the OC Night Market last weekend, there was one snack that stood out from the rest as being not only delicious but healthy too…poke! 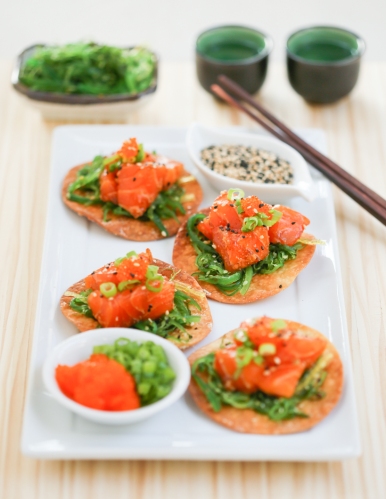 While my hubby was waiting for his order of Garlic Crab Fries to come out, I peered into the adjacent booth to find some fresh fish poke (pronounced POH-kay) being prepared. Wonton skins, seaweed salad, and fleshy chunks of fresh salmon…I watched these beautiful bites being stacked together and immediately thought that I’d have to make them once I got home. 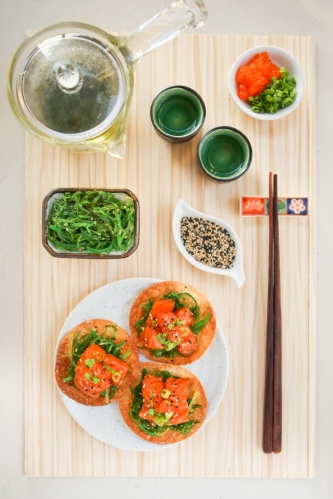 Poke is basically marinated sushi-grade fish. In Hawaii, the dish is commonly served on its own like a salad, similar to the way ceviche is served. Soy sauce, fresh ginger, and roasted sesame oil pack a ton of Asian flavor and keep the dish tasting light and bright. Here, I’ve made a slimmed down version of the dish by baking the wrappers instead of frying them. The skins turn out just as golden and crunchy as the deep-fried version. 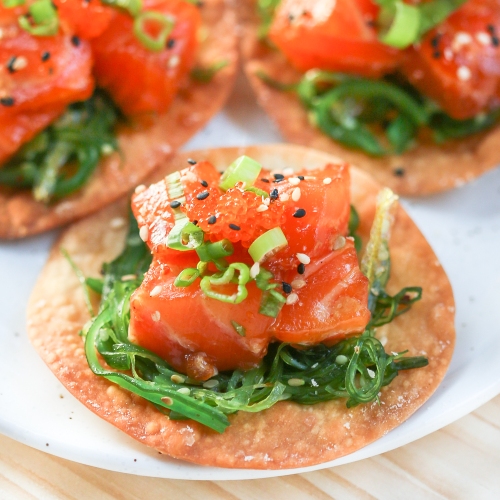 Salmon Poke on Baked Wonton Crisps is so incredibly fast and easy to make. The hardest task is finding a well-stocked Asian market to get sushi-grade fish and ready-made seaweed salad. Sencha or gyokuro do a delicious job of highlighting the fresh sea flavors in these healthy gourmet treats. Serve the tea hot and the savory umami tastes become richer. Serve the tea iced and the contrasting soft and crunchy textures will stand out that much more. 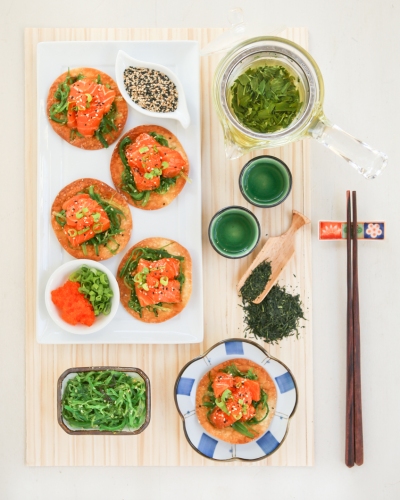 1.)  Preheat the oven to 350 degrees F. Cut the salmon into 3/4″ chunks. To make the poke, place the chunks into a large bowl and mix them together with the soy sauce, ginger, sesame oil, lemon juice, and shichimi togarashi (if using). Set aside.

Welcome to Thirsty for Tea!

Hi, I'm Bonnie. I'm a passionate cook and tea enthusiast who's always looking for fresh ways to enjoy tea. Thanks for stopping by and I hope you'll join me on more of my tea adventures! 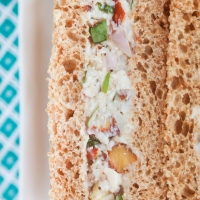 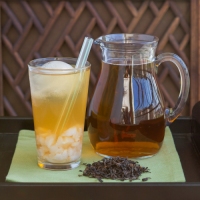 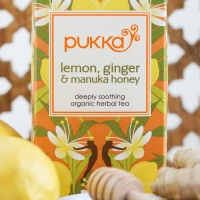 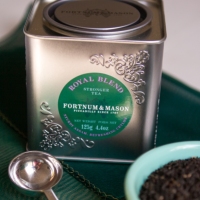 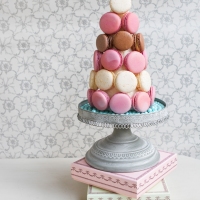 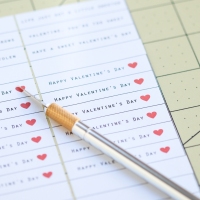 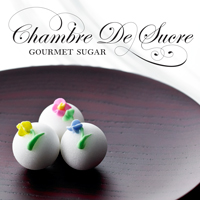